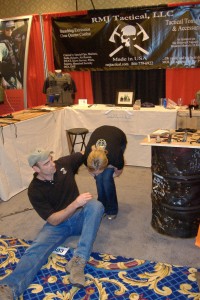 Now the fun begins… note RMJ Tactical Tomahawk next to me.  See the rest tomorrow…

New England Primer 1691, was entering its second edition, as advertised by Benjamin Harris of Boston.  This famous little book was used to teach colonial era children the alphabet, using rhyme and illustrations.

D The Deluge drown’d, The Earth around.

“Whereas we all came to these parts of America with the same end and aim, namely, to advance the kindome of our Lord Jesus Christ, and to injoy the liberties of the Gospell thereof with purities and peace, and for preserving and propagating the truth and liberties of the gospell.”