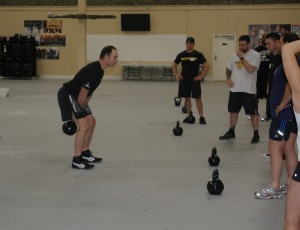 January: A Proverb a Day – Keeps Stupidity at Bay!

Pro 16:1  The plans of the heart belong to man, But the answer of the tongue is from the LORD.

Pro 16:2 All the ways of a man are clean in his own sight, But the LORD weighs the motives.

Pro 16:3 Commit your works to the LORD And your plans will be established.

Pro 16:4  The LORD has made everything for its own purpose, Even the wicked for the day of evil.

Pro 16:5   Everyone who is proud in heart is an abomination to the LORD; Assuredly, he will not be unpunished

Pro 16:6 By lovingkindness and truth iniquity is atoned for, And by the fear of the LORD one keeps away from evil.

Pro 16:7 When a man’s ways are pleasing to the LORD, He makes even his enemies to be at peace with him.

Pro 16:8 Better is a little with righteousness Than great income with injustice.

Pro 16:9 The mind of man plans his way, But the LORD directs his steps.

Pro 16:10 A divine decision is in the lips of the king; His mouth should not err in judgment.

Pro 16:11 A just balance and scales belong to the LORD; All the weights of the bag are His concern.

Pro 16:12 It is an abomination for kings to commit wicked acts, For a throne is established on righteousness.

Pro 16:13 Righteous lips are the delight of kings, And he who speaks right is loved.

Pro 16:14 The fury of a king is {like} messengers of death, But a wise man will appease it.

Pro 16:15 In the light of a king’s face is life, And his favor is like a cloud with the spring rain.

Pro 16:16 How much better it is to get wisdom than gold! And to get understanding is to be chosen above silver.

Pro 16:17 The highway of the upright is to depart from evil; He who watches his way preserves his life.

Pro 16:18 Pride {goes} before destruction, And a haughty spirit before stumbling.

Pro 16:19 It is better to be humble in spirit with the lowly Than to divide the spoil with the proud.

Pro 16:20 He who gives attention to the word will find good, And blessed is he who trusts in the LORD.

Pro 16:21 The wise in heart will be called understanding, And sweetness of speech increases persuasiveness.

Pro 16:22 Understanding is a fountain of life to one who has it, But the discipline of fools is folly.

Pro 16:23 The heart of the wise instructs his mouth And adds persuasiveness to his lips.

Pro 16:24 Pleasant words are a honeycomb, Sweet to the soul and healing to the bones.

Pro 16:27 A worthless man digs up evil, While his words are like scorching fire.

Pro 16:29 A man of violence entices his neighbor And leads him in a way that is not good.

Pro 16:30 He who winks his eyes {does so} to devise perverse things; He who compresses his lips brings evil to pass.

Pro 16:31 A gray head is a crown of glory; It is found in the way of righteousness.

Pro 16:32 He who is slow to anger is better than the mighty, And he who rules his spirit, than he who captures a city.

Pro 16:33 The lot is cast into the lap, But its every decision is from the LORD.